Shannon Chambers has gained notoriety over the last several years. His attraction to music came at a very early age. While many musical genre’s appeal to him it the uniqueness of house music that captivated his artistic interests. Perhaps being raised in Chicago during the formative years of house music and hearing jocks like Frankie Knuckle’s, The Hot Mix 5, Steve Silk Hurley only helped fuel this passion for music. Those early days are no doubt what contributes to the deep, lush, bottom-heavy grooves that he delivers whether he’s djing or in the studio.

Shannon is continuing to bring life to productions of his own as well as collaborations and remixes with other artists like Terry Hunter, Emmaculate, Lady Alma, Eric Roberson and others. Most of his music is inspired by a sonic reach across multiple genres to synthesize what he frames as one sound. As someone who loves soulful music and is aiming to curate a collection of timeless releases, he is definitely one to we should all be on the lookout for.

Mike is a co-founder and Festival Director of Clockenflap, a well as one half of pioneering electronic party starters ROBOT. When he’s not twiddling knobs, you’ll find him on a bike or a board finding ever more innovative ways to injure himself.

More from this show 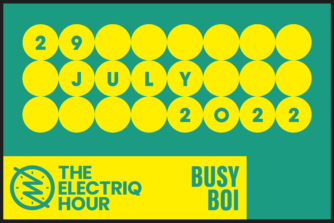 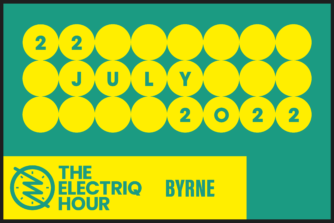 Tune in to The Electriq Hour for HK-based Londoner Byrne, who has shared his exclusive mix of raw, lower tempo techno awash with elements... 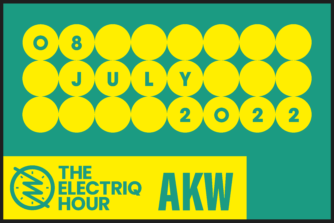 This week on The Electriq Hour – long- term HK DJ and event promoter AKW. The co-founder of DJ/promoter duo PUSH and the events...