For Episode002 of The Electriq Hour, we’re presenting an exclusive set from the Belfast-born house-head Dee Montero, who made HK his home between stints in the Balearic and beyond.

Dee Montero is a lifer. He’s the former Mambo Ibiza resident who at the end of 2017 received Pete Tong’s Essential Tune Of The Year on BBC Radio One for the epic end-of-nighter ‘Halcyon’. He’s been busy ever since with various eps including ‘Pangaea’ and ‘Azure’ on Hot Since 82’s Knee Deep In Sound, ‘Shadows’ on All Day I Dream with Newman, and also the scintillating ‘In The Wild’ and ‘Headspace’ featuring Meliha on Anjunadeep.

From Asia to America and everywhere in between it’s all been about the music for Dee. Performances in Australia, India and Dubai have been interspersed with US tours and appearances at Burning Man on Carl Cox’s Playground stage as well as summer shows in Ibiza including Hï with Joris Voorn and Nic Fanciulli.

In 2020 Dee launched his own imprint Futurescope bringing in fellow musical alchemists Patrice Baumel, Fort Romeau and Lauer for remix duties. The next step will be an artist album released this coming summer, which play to those deft melodic touches, twinkling synths and positive peaks. There’s also a perfectly timed release called ‘Maya’ doing the rounds right now, and a remix from Rodriguez Jr which aims for even bigger, higher heights.

As well as forthcoming eps on Renaissance and Anjunadeep later this year Dee’s next serene new release ‘Farlight’ will continue the upward electronic pressure into summer 2022.

Mike is a co-founder and Festival Director of Clockenflap, a well as one half of pioneering electronic party starters ROBOT. When he’s not twiddling knobs, you’ll find him on a bike or a board finding ever more innovative ways to injure himself.

More from this show 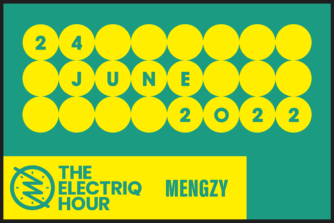 This week, The Eleqtriq Hour welcomes HK-based multi-hyphenate Mengzy onto the show.  She is a multi-genre DJ, producer, journalist, Phd... 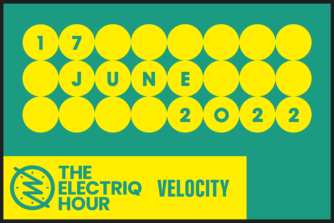 This week, The Electriq Hour welcomes Tokyo-based Drum & Bass DJ and producer Velocity onto the show. Having established 7NiNe... 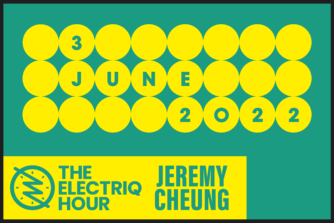 For the inaugural episode of The Electriq Hour, we’ve invited a true mainstay of the local HK scene– Jeremy Cheung.  With a lifelong...